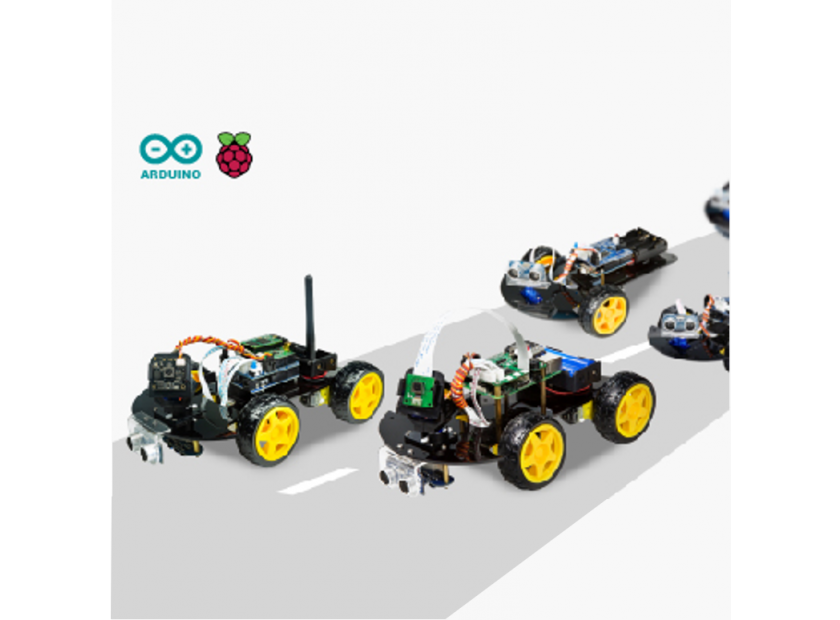 Arduino is one of the most favorite open-source hardware platforms, and with that, there is a huge user community where makers create and share their product and ideas. You can program the microcontroller from C and C++ languages with the user-friendly Arduino IDE (Integrated development environment). It’s a low-cost, easy-to-use platform on which you can create a device to interact with the environment.

Therefore, Arduino-based robot becomes one of the best STEM projects for teens and students to learn by doing, get their hands on the basics of technology and computer science. However, there is a lot of work to be done if you are going to purchase every component for an Arduino based robot project, so robotics kit that includes almost all the components you need becomes a nice choice, and we’d like to introduce you to UCTRONICS robot car kits, and let you know what is good and special about them.

There are several ways to control the Arduino based robot, such as IR remote control, Bluetooth, WIFI, or directly through the USB port on the Arduino board, such as a UNO R3. Although you can send commands to the Arduino board via the serial port, it would be much nicer if there is a wireless smart robot car. Anyway, how could it be smart enough if it cannot even be controlled wirelessly? If you want your robot to be wireless, UCTRONICS can be your choice.

When you want to build an Arduino based robot, there is a decision that you have to make: whether you want it to be a simple project in which you just want to explore the basics and control the movement of the robot car, or you want to do an advanced project with some precision requirements. Two-wheel driver car kits are simpler to build and cheaper to purchase, but a hammer caster wheel will be used in a lot of 2-wheel robots to hold and balance the car, so the car is not able to go perfectly straight sometimes. A 4-wheel drive car kit would make a robust robot, but you need more time to build it, and the two extra motor drives will consume the battery twice as much, and you either go with a robot than run out fast or go with expensive lithium batteries. UCTRONICS offers both four-wheel and two-wheel drive car kits, so no matter which type you want, you can find what you like in UCTRONICS.

Well, if you have already purchased a lot of components and Arduino boards, or you just want to add your customized feature to the robot rather than live with what comes from a robot car kit, you could go with a robotic car chassis kit to serve as the robot platform. UCTRONICS supplies a robot car chassis kit that includes the basic components such as an acrylic robot chassis, wheels, motors, and battery containers.

If you want to go a step further and build an even fancier robot, like when you want to control the robot with a mobile phone, and see what the car can see in the screen with, you can make this robot car even more intelligent and with app-controlled Robot car kit with cameras. If you are a pro and have a certain development background, you can use the camera video feed for image recognition and processing. UCTRONICS offers two kinds of the app-controlled robot, respectively based on Arduino and Raspberry Pi. The Raspberry Pi-based robot has a native camera connector slot to connect a MIPI Camera module and would provide better performance. 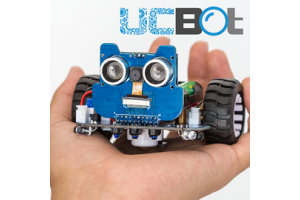 We Upgrade Our Arduino Robot to New Wireless Car Kit as AI Toy for Kids for STEM Learning Projects, Inspired by Arducam IoTai 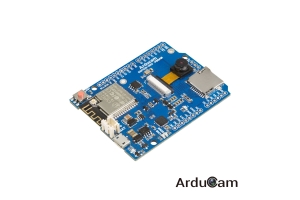 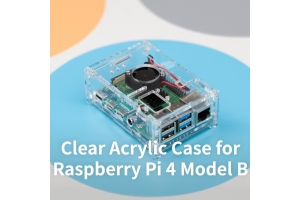 Clear Acrylic Case for Raspberry Pi 4 Model B from UCTRONICS: The New Pi Overheats, Get a Pi 4B Enclosure with Air Cooling! 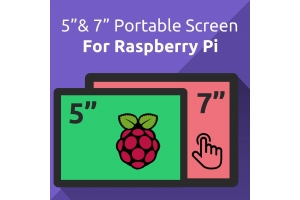 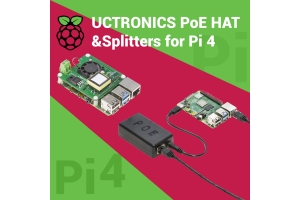 UCTRONICS Power over Ethernet (PoE) HAT and splitter for Raspberry Pi 4: Power Your Next Pi with An Ethernet Cable
Archive
September 2019
August 2019
July 2019
Top
item(s) in your cart